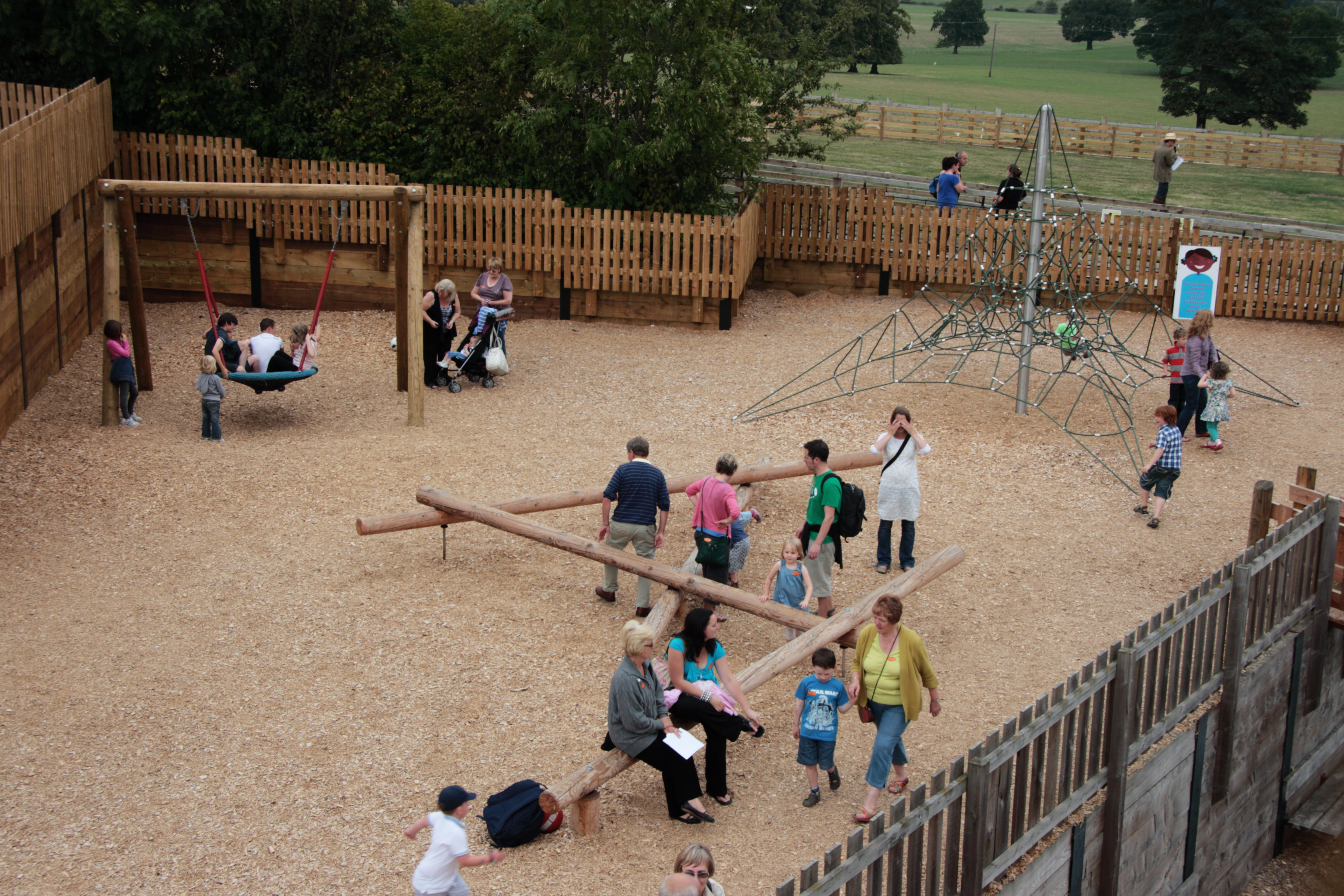 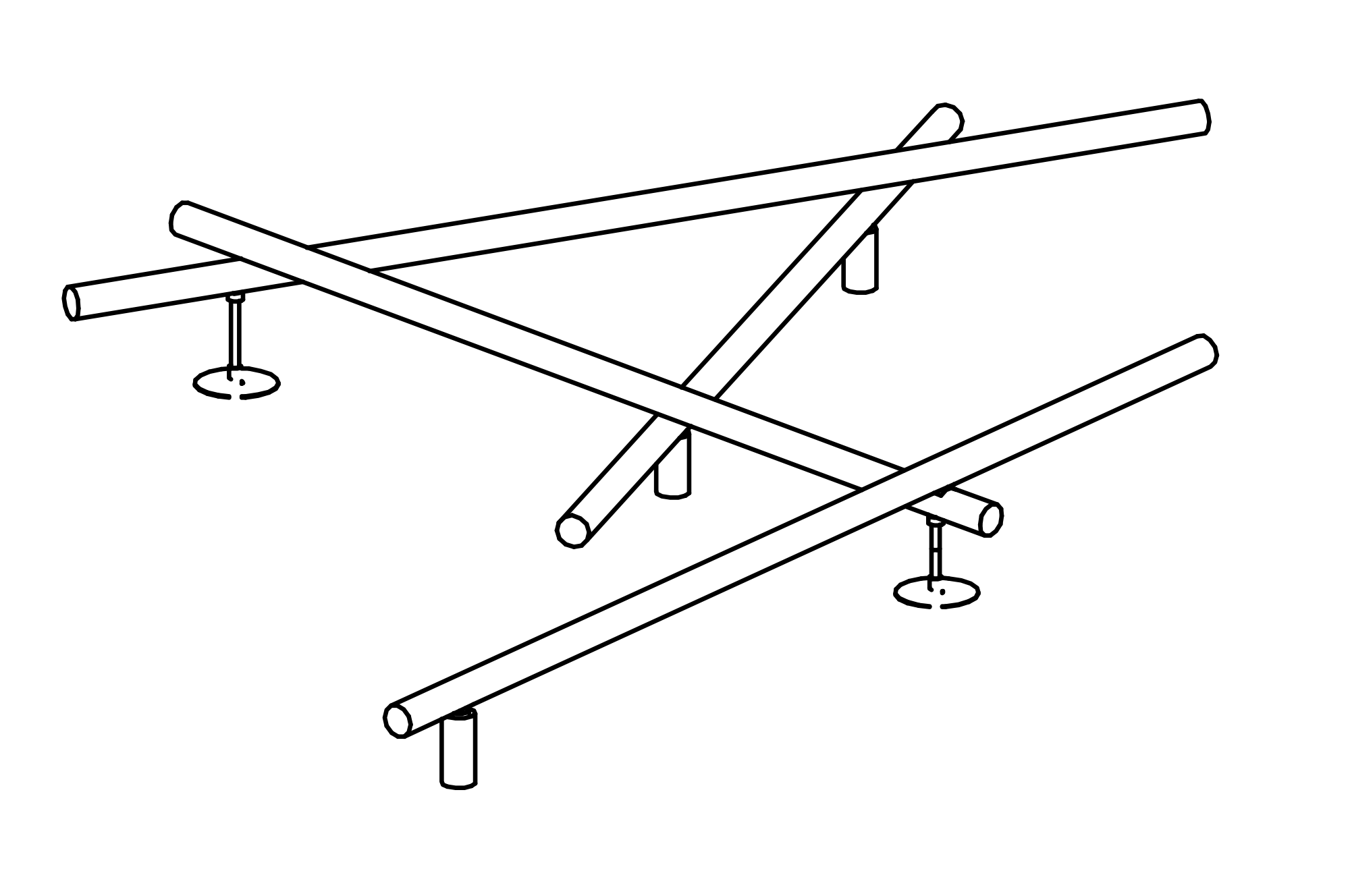 The wooden beams „lying around accidentally“, belong to a sophisticated play construction which is not recognised at first glance. It is possible to rock on the wooden beams, to bounce up and down and to balance along them. This is a challenge for body control and coordination. When force and pressure are applied at one point of the system, the other beams move unexpectedly, as in the case of playing jackstraws. This effect is even more fun when several persons participate. 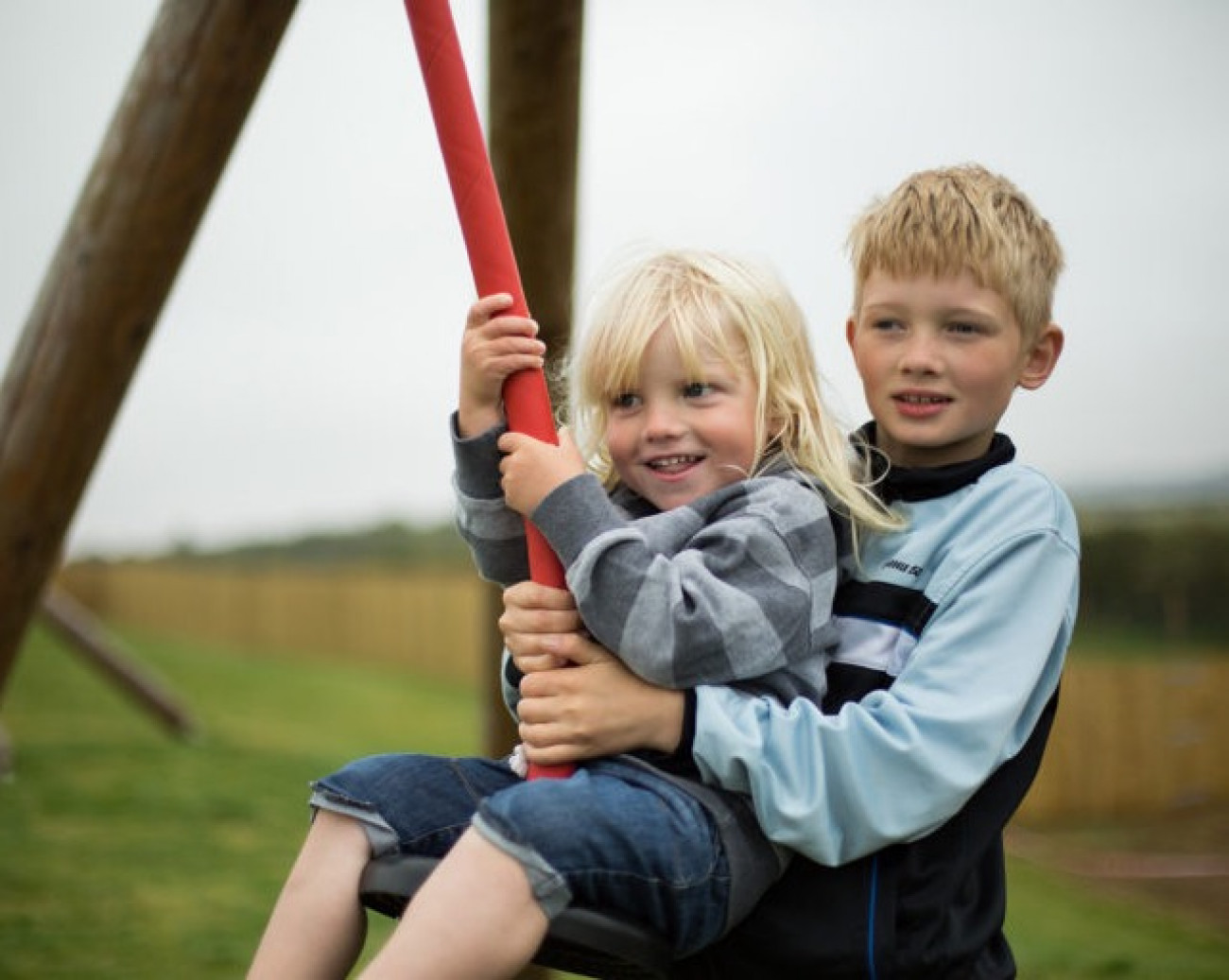